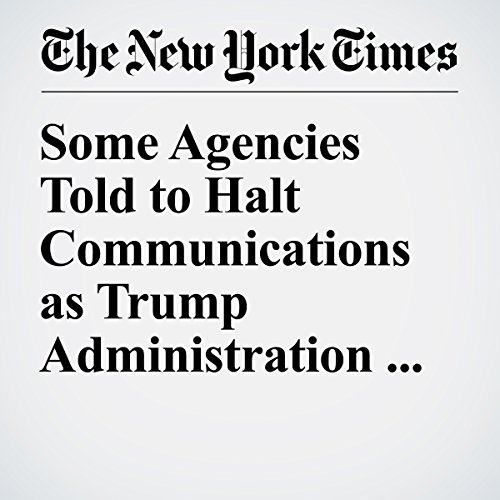 Some Agencies Told to Halt Communications as Trump Administration Moves In

The Trump administration has ordered a freeze on federal grant spending at several government agencies, from the Environmental Protection Agency to the Department of Health and Human Services, followed by memos telling employees not to send out news releases or to create social media posts, blog entries or official website content, and to consult with senior officials before speaking to the news media.

"Some Agencies Told to Halt Communications as Trump Administration Moves In" is from the January 25, 2017 U.S. section of The New York Times. It was written by Coral Davenport and narrated by Fleet Cooper.