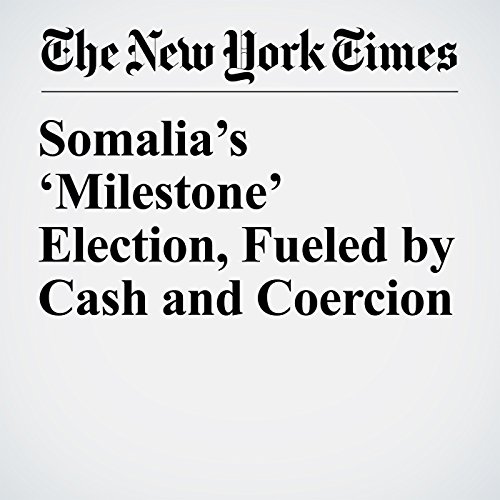 Politicians have been peeling off wads of hundred dollar bills to buy votes. Others have shown up for parliamentary races standing next to a political nobody who was bribed or coerced into running against them, to make the race look fair. In one case, the mysterious candidate was the politician’s maid.

"Somalia’s ‘Milestone’ Election, Fueled by Cash and Coercion" is from the February 06, 2017 World section of The New York Times. It was written by Jeffrey Gettleman and narrated by Caroline Miller.