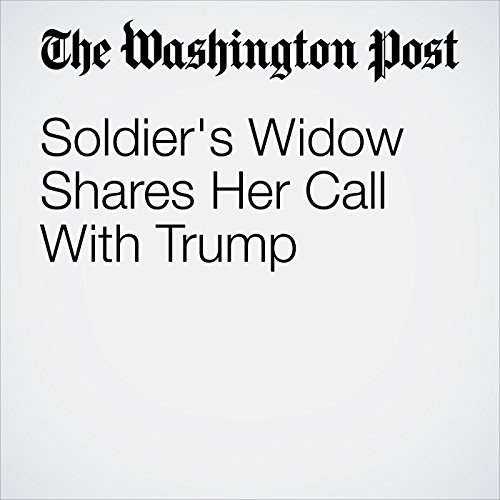 Natasha De Alencar had just returned home on April 12 after making T-shirts and pillowcases in her husband’s memory when the Army casualty assistance officer told her there was someone on the phone for her. It was President Trump.

"Soldier's Widow Shares Her Call With Trump" is from the October 19, 2017 National section of The Washington Post. It was written by Thomas Johnson and narrated by Jenny Hoops.