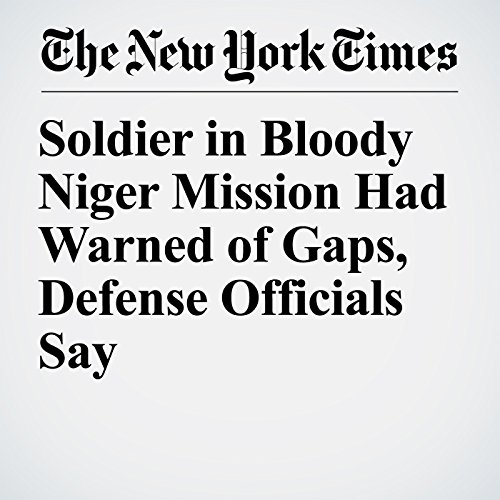 The leader of an ill-fated team of U.S. soldiers in Niger last fall warned before the mission that his troops did not have the equipment or intelligence necessary to carry out a kill-or-capture raid against a local militant, according to preliminary findings of a continuing Defense Department investigation.

"Soldier in Bloody Niger Mission Had Warned of Gaps, Defense Officials Say" is from the March 19, 2018 World section of The New York Times. It was written by Helene Cooper, Thomas Gibbons Neff and Eric Schmitt and narrated by Keith Sellon-Wright.