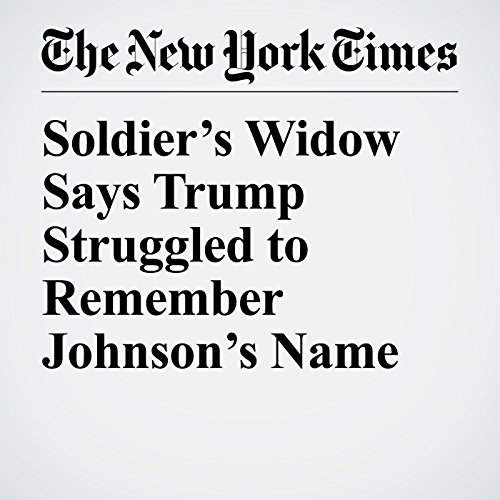 The widow of one of four soldiers killed in Niger went on television Monday to criticize President Donald Trump for how he spoke to her during a condolence call last week, drawing a swift denial from Trump, who breathed new life into a bitter controversy that has transformed a tragedy into a political feud.

"Soldier’s Widow Says Trump Struggled to Remember Johnson’s Name" is from the October 23, 2017 U.S. section of The New York Times. It was written by Yamiche Alcindor and Julie Hirschfeld Davis and narrated by Keith Sellon-Wright.