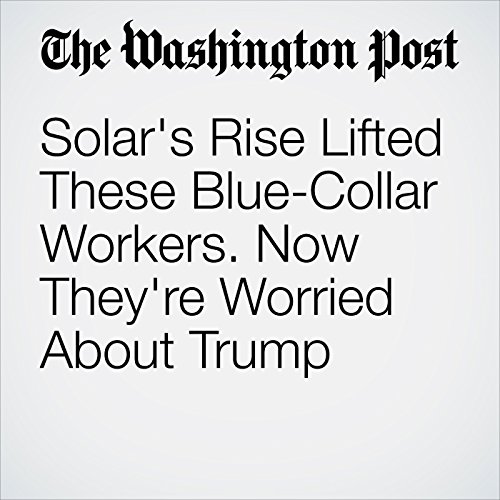 Mike Catanzaro, a solar panel installer with a high school diploma, likes to work with his hands under the clear Carolina sky. That’s why he supported President Trump, a defender of blue-collar workers. But the 25-year-old sees Trump’s withdrawal from the Paris climate agreement as a threat to his job.

"Solar's Rise Lifted These Blue-Collar Workers. Now They're Worried About Trump" is from the June 05, 2017 Wonkblog section of The Washington Post. It was written by  Danielle Paquette  and narrated by Sam Scholl.