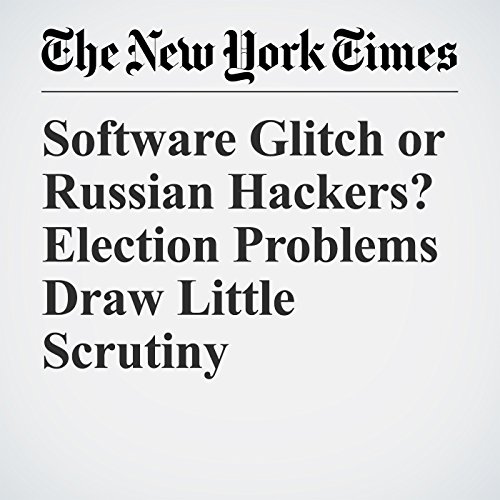 The calls started flooding in from hundreds of irate North Carolina voters just after 7 a.m. on Election Day in November.Dozens were told they were ineligible to vote and were turned away at the polls, even when they displayed current registration cards. Others were sent from one polling place to another, only to be rejected. Scores of voters were incorrectly told they had cast ballots days earlier. In one precinct, voting halted for two hours.

"Software Glitch or Russian Hackers? Election Problems Draw Little Scrutiny" is from the September 01, 2017 World section of The New York Times. It was written by Nicole Perlroth, Michael Wines and Matthew Rosenberg and narrated by Mike DelGaudio.