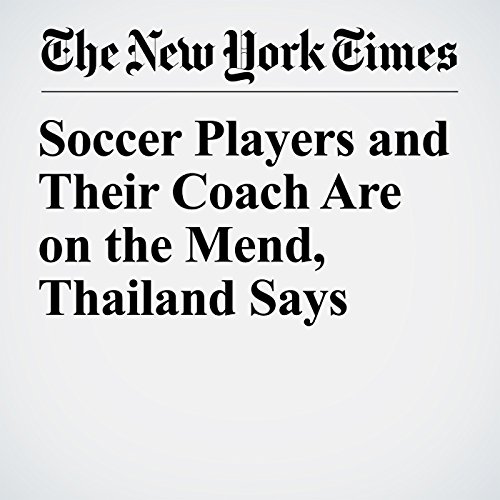 MAE SAI, Thailand — Twelve young soccer players and their coach were recovering well Wednesday, a day after the last of them left the remote cave in Thailand where they had been trapped since late June, a Thai public health official said.

"Soccer Players and Their Coach Are on the Mend, Thailand Says" is from the July 11, 2018 World section of The New York Times. It was written by Navaon Siradapuvadol and Mike Ives and narrated by Keith Sellon-Wright.

Cosa pensano gli ascoltatori di Soccer Players and Their Coach Are on the Mend, Thailand Says