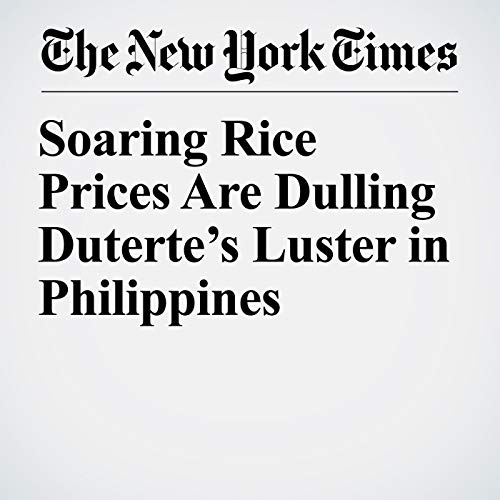 MANILA, Philippines — Through controversy after controversy, President Rodrigo Duterte of the Philippines has always been able to count on his appeal among the nation’s poor. But soaring prices for staples like rice are starting to alienate that vital political base, forcing his administration to suddenly reverse course on protectionist economic policies as it struggles to tame inflation.

"Soaring Rice Prices Are Dulling Duterte’s Luster in Philippines" is from the October 10, 2018 World section of The New York Times. It was written by Aurora Almendral and narrated by Kristi Burns.