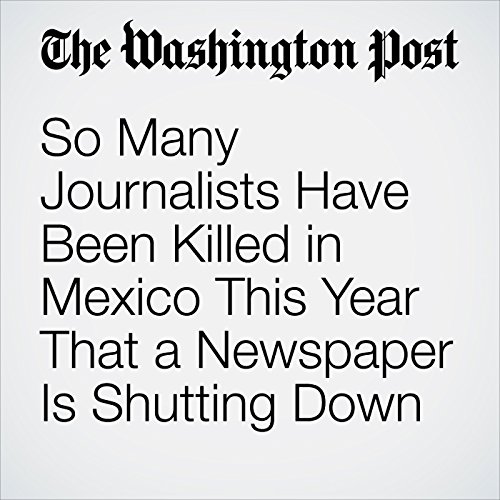 After three Mexican journalists were killed last month, the owner of one Mexican newspaper has decided to shut down operations. “I would rather they lose their jobs than lose their lives,” the owner said.

"So Many Journalists Have Been Killed in Mexico This Year That a Newspaper Is Shutting Down" is from the April 03, 2017 World section of The Washington Post. It was written by Samantha Schmidt and narrated by Jenny Hoops.