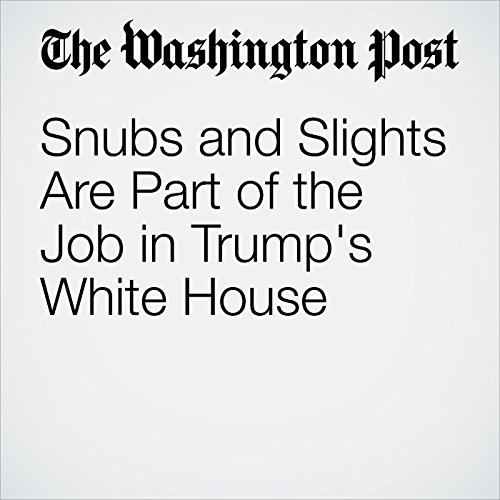 White House press secretary Sean Spicer was giddy at the thought of meeting Pope Francis during President Trump’s first trip abroad, telling acquaintances that for him, a devout Catholic, the moment would fulfill a bucket-list dream.

"Snubs and Slights Are Part of the Job in Trump's White House" is from the May 29, 2017 Politics section of The Washington Post. It was written by Ashley Parker and narrated by Sam Scholl.