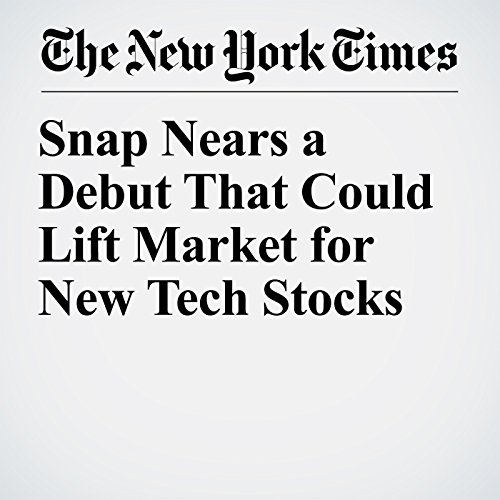 A loss of more than $500 million last year. A company whose co-founders can effectively keep control for years after leaving. And once-explosive user growth that appears to have hit a speed bump.

"Snap Nears a Debut That Could Lift Market for New Tech Stocks" is from the March 01, 2017 Business section of The New York Times. It was written by Michael J. De La Merced and narrated by Keith Sellon-Wright.