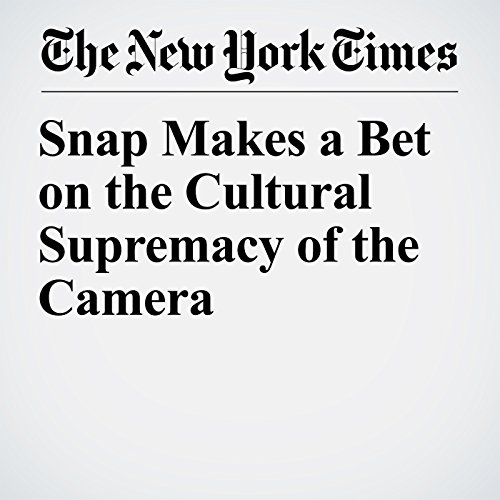 If you’re watching Snap’s stock ticker, stop. The company that makes Snapchat, the popular photo-messaging app, has been having a volatile few days after its rocket-fueled initial public offering last week.

"Snap Makes a Bet on the Cultural Supremacy of the Camera" is from the March 09, 2017 U.S. section of The New York Times. It was written by Farhad Manjoo and narrated by Fleet Cooper.