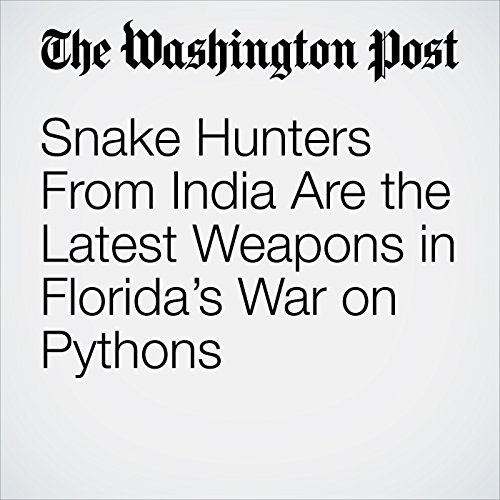 The men from the Irula tribe are successful python hunters in India, and they were brought in, along with two translators, to work with detection dogs earlier this month to track down and capture the giant snakes. So far, they’ve bagged 13 in less than two weeks.

"Snake Hunters From India Are the Latest Weapons in Florida’s War on Pythons" is from the January 26, 2017 Animalia section of The Washington Post. It was written by Lori Rozsa and narrated by Sam Scholl.