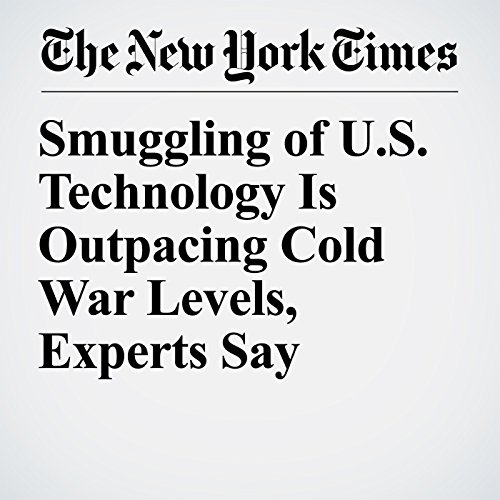 Foreign smugglers are trying to ship U.S. technologies — which can be used for weapons and spy equipment — to China, Russia and other adversaries at rates that outpace shadowy and illegal exports during the Cold War, according to U.S. officials and experts.

"Smuggling of U.S. Technology Is Outpacing Cold War Levels, Experts Say" is from the March 17, 2018 World section of The New York Times. It was written by Ron Nixon and narrated by Kristi Burns.