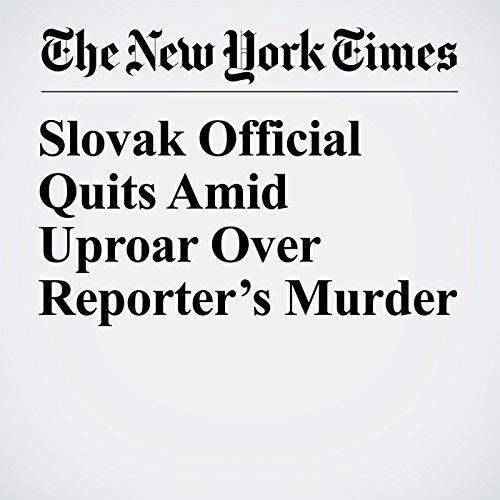 BRATISLAVA, Slovakia — Trying to maintain its grip on power, Slovakia’s governing party announced Monday that the interior minister would step down, and pledged a thorough investigation into the killing of a young journalist who was investigating government corruption in the small Central European nation.

"Slovak Official Quits Amid Uproar Over Reporter’s Murder" is from the March 12, 2018 World section of The New York Times. It was written by Miroslava Germanova, Marc Santora and narrated by Kristi Burns.