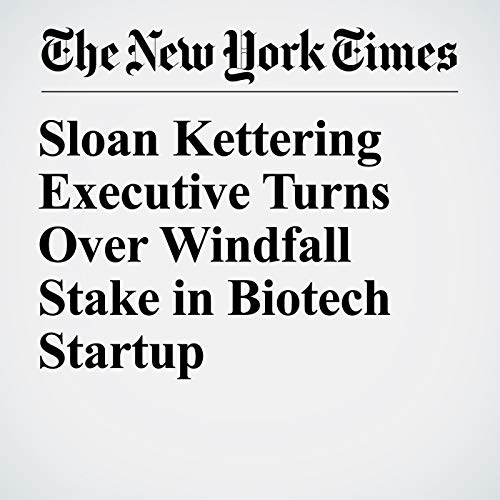 A vice president of Memorial Sloan Kettering Cancer Center has to turn over to the hospital nearly $1.4 million of a windfall stake in a biotech company, in light of a series of for-profit deals and industry conflicts at the cancer center that has forced it to re-examine its corporate relationships..

"Sloan Kettering Executive Turns Over Windfall Stake in Biotech Startup" is from the September 29, 2018 U.S. section of The New York Times. It was written by Katie Thomas and Charles Ornstein and narrated by Keith Sellon-Wright.