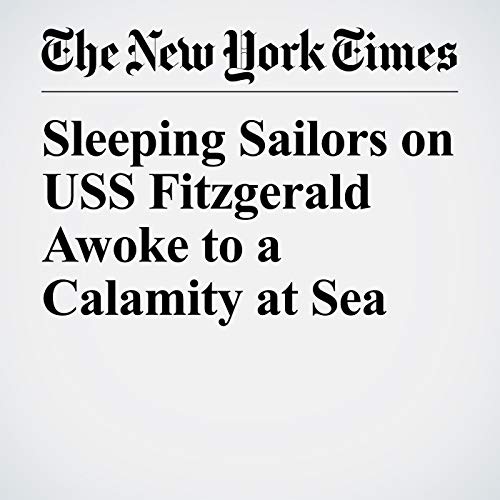 As a U.S. destroyer cruised off the waters of Japan in clear weather after 2 a.m. Saturday, only a few dozen of the crew of 350 were likely to be awake: standing watch, keeping the engines running, manning the bridge.

"Sleeping Sailors on USS Fitzgerald Awoke to a Calamity at Sea" is from the June 18, 2017 World section of The New York Times. It was written by Scott Shane and narrated by Kristi Burns.