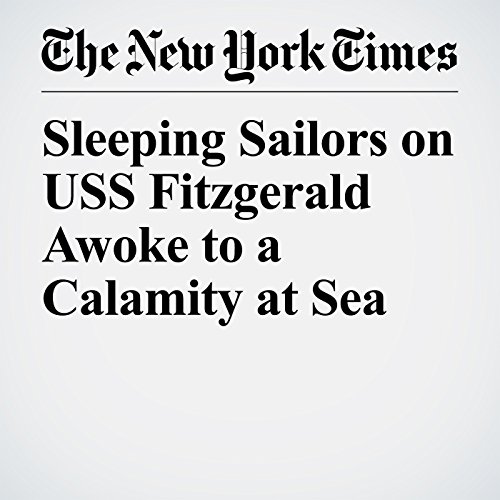 Hundreds of sailors were asleep in their berths on board the U.S. Navy destroyer Fitzgerald early Saturday when a cargo ship struck it broadside off Japan. After a frantic search through twisted wreckage and flooded cabins, the Navy said Sunday that several sailors did not survive.

"Sleeping Sailors on USS Fitzgerald Awoke to a Calamity at Sea" is from the June 18, 2017 International section of The New York Times. It was written by Jonathan Soble and narrated by Kristi Burns.