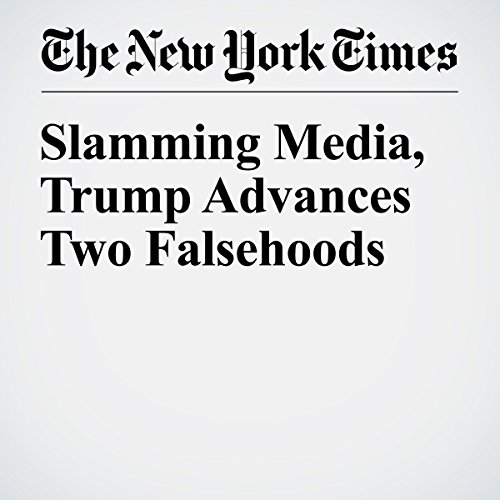 President Donald Trump used his first full day in office Saturday to unleash a remarkably bitter attack on the news media, falsely accusing journalists of both inventing a rift between him and intelligence agencies and deliberately understating the size of his inauguration crowd.

"Slamming Media, Trump Advances Two Falsehoods" is from the January 22, 2017 U.S. section of The New York Times. It was written by Julie Hirschfeld Davis and Matthew Rosenberg and narrated by Fleet Cooper.