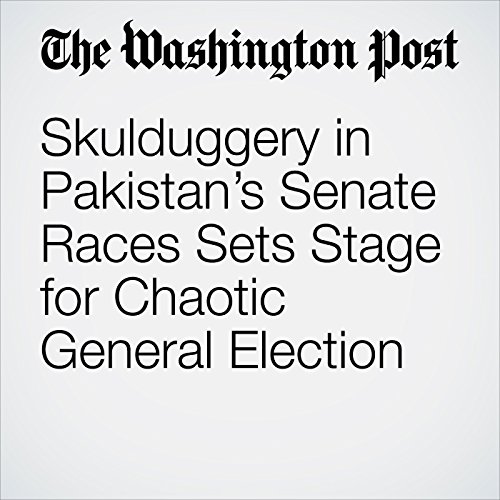 ISLAMABAD, Pakistan — In the past, Pakistan’s Senate has often functioned as a debating club with numerous perks, a grandiloquent echo chamber where little of substantive importance takes place. Its 104 members are elected to six-year terms by provincial legislators, a low-key process that rarely produces a ripple in the nation’s political scene.

"Skulduggery in Pakistan’s Senate Races Sets Stage for Chaotic General Election" is from the March 22, 2018 World section of The Washington Post. It was written by Pamela Constable, Shaiq Hussain and narrated by Sam Scholl.