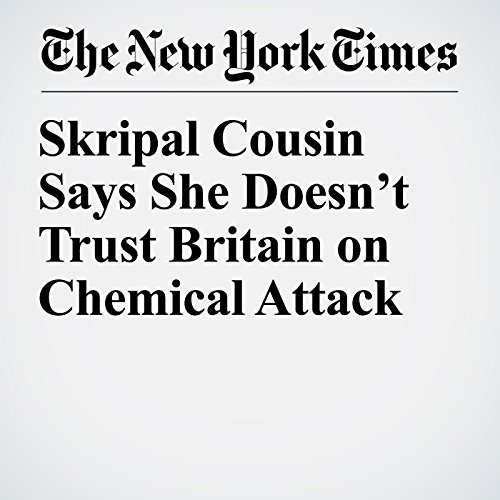 YAROSLAVL, Russia — A 45-year-old Russian accountant and relative of the two Russians poisoned in a nerve agent attack in Britain last month said in an interview late Thursday that she was “scared” for them, calling British authorities untrustworthy and casting doubt on their version of events.

"Skripal Cousin Says She Doesn’t Trust Britain on Chemical Attack" is from the April 06, 2018 World section of The New York Times. It was written by Matthew Luxmoore and Richard Pérez Peña and narrated by Barbara Benjamin-Creel.