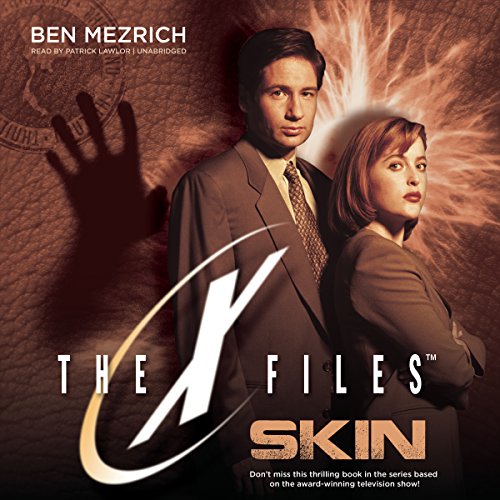 When moonlighting medical students harvesting skin from a corpse for temporary use accidentally take it from the wrong donor, the results are catastrophic: A New York City hospital ward is destroyed in a bloodbath, and an elderly professor, admitted for a routine skin graft, is suddenly the city's most wanted fugitive.

Agents Fox Mulder and Dana Scully are the only ones to suspect something more ominous than a medical procedure gone awry. As the FBI agents investigating the X-Files - strange and inexplicable cases the bureau wants to keep hidden - Mulder and Scully are determined to track down the forces they suspect are behind the murders.

While the police hunt the fleeing professor, Mulder and Scully track the skin that was grafted onto him, a trail that leads from the morgue to the headquarters of a cutting-edge biotech company to the jungles of Thailand. Together they begin to uncover an unholy and undeniable alliance between a battle-trained plastic surgeon, international politicians, and a legendary Thai monster known as the Skin Eater.

Made it to hour 5, spent that final hour pondering what I would write in my first ever audible review. Read like a screenplay; character enters stage right and here's exactly what they're wearing/how they smell/what they're thinking. No room for the reader's imagination in this, just a pretty bland retelling. 2 stars merely because it's Scully & Mulder and not an entire unknown.

Narrated by Patrick Lawlor
The X-Files Book 6
Run Time: 8 hrs and 29 mins
Summary: A series of fantastic, seemingly unrelated events send Mulder and Scully halfway across the world to hunt down a legend.

Additional Comments:
- Story has great flow. There are a lot of seemingly unrelated things happening, but they don’t feel contrived.
- The murders are brutal but plausible.
- There’s good action and danger for our hero and heroine.
- There are only mild hints of conspiracy on this one.
- Soldiers disappearing during the Vietnam war isn’t that far-fetched.
- Mulder and Scully get to travel. They seem to be doing a lot of that.
- Science and supernatural collide in many X-Files. This one happens to favor more science than supernatural, but there’s still a decent mix of the two.
- Content Warnings: Some disturbing content. It’s not described in too much gruesome detail, but there’s definitely a creepy killer on the loose in this one.

Conclusion:
Probably the strongest in the series so far. It’s got classic X-Files vibes and creepy killers and scifi crazy science. Nice combo.

Love it so much heard it twice.😊 Hope you an joy it as much to!

Last of the original tie-ins

And another medical based story. Not bad, but very average and pushes believability when they are allowed to go to abroad for this case. Again, narrated rather than acted seems to drag.

Its just like going back in time to the 90s and leaving their adventures back again! The story is absolutely addictive just like the TV show. loved it!

This is certainly an interesting tale for Mulder and Scully. I've listened to a lot of these and most of them feel like episodes. However, this one felt more like a movie in length. I thought this journey into the X-Files to be an enjoyable one. And I thought it comical that the words "Mulder's shoulders" were said in the book once, but then it just kept happening, and happening. Haha, pretty funny.

As an X Files fan it was a foregone conclusion that I'd enjoy this and I wasn't disappointed!
As with all X Files stories you have to keep your wits about you to follow the twists and turns.
The narration by Patrick Lawler was great !

This is one of the best stories I have listened to. It was excellent, really enjoyed it.

The story itself was pretty good, but I couldn’t really get into the performance. While the narrator does a good job of reading the story, the voices (Scully in particular) put me off a little.