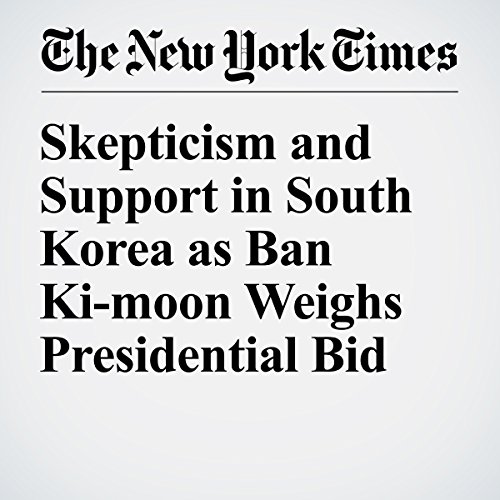 Each day hundreds of visitors, many with young children, make a pilgrimage to Haengchi Village, where Ban Ki-moon was born 72 years ago. They wander through a replica of Ban’s old thatched-roof house. They learn about his personal journey to the U.N., where he was secretary general for 10 years.

"Skepticism and Support in South Korea as Ban Ki-moon Weighs Presidential Bid" is from the January 25, 2017 World section of The New York Times. It was written by Choe Sang Hun and narrated by Keith Sellon-Wright.