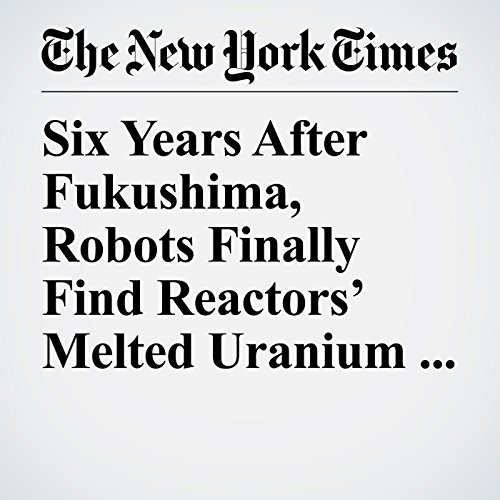 FUKUSHIMA DAIICHI NUCLEAR POWER PLANT, Japan — Four engineers hunched before a bank of monitors, one holding what looked like a game controller. They had spent a month training for what they were about to do: pilot a small robot into the contaminated heart of the ruined Fukushima nuclear plant.

"Six Years After Fukushima, Robots Finally Find Reactors’ Melted Uranium Fuel" is from the November 19, 2017 Science section of The New York Times. It was written by Martin Fackler and narrated by Keith Sellon-Wright.