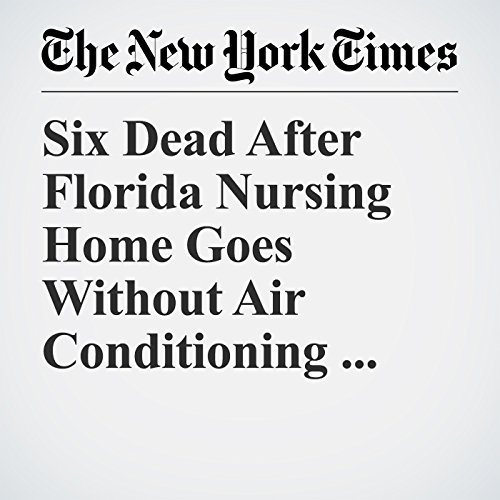 Six people are dead and more than 100 have been evacuated to hospitals from a nursing home that had no air conditioning following Hurricane Irma, police said Wednesday.

"Six Dead After Florida Nursing Home Goes Without Air Conditioning After Irma" is from the September 13, 2017 U.S. section of The New York Times. It was written by Neil Reisner and Amy Harmon and narrated by Keith Sellon-Wright.