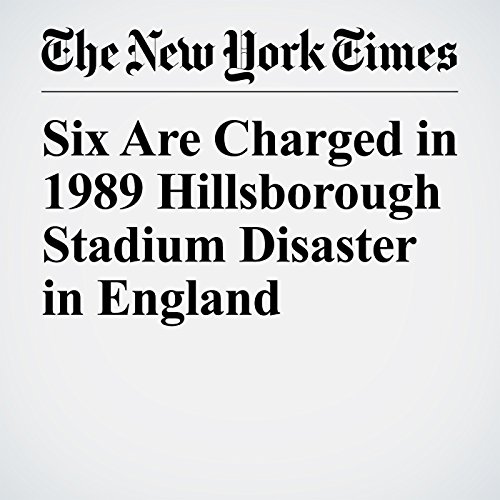 British prosecutors charged six people, including four former senior police officials, on Wednesday in the deaths of 96 soccer fans at the Hillsborough stadium in Sheffield, England, in 1989.

"Six Are Charged in 1989 Hillsborough Stadium Disaster in England" is from the June 28, 2017 World section of The New York Times. It was written by Dan Bilefsky and narrated by Keith Sellon-Wright.