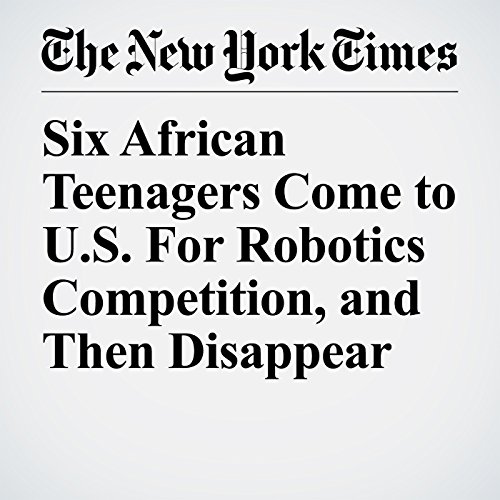 The police were searching Thursday for six African teenagers who were reported missing from an international robotics competition in Washington. Two of them were said to have been seen crossing into Canada, law enforcement officials said.

"Six African Teenagers Come to U.S. For Robotics Competition, and Then Disappear" is from the July 20, 2017 World section of The New York Times. It was written by Emily Cochrane and narrated by Barbara Benjamin-Creel.