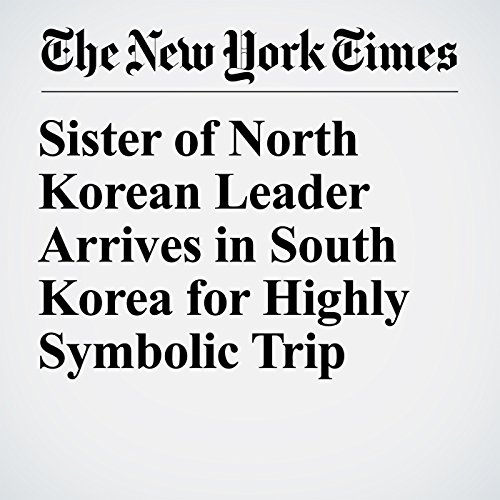 Senior North Korean officials, including the only sister of the North’s leader, arrived in South Korea on Friday, starting a three-day trip that is to include a meeting with South Korea’s president, the highest-level inter-Korean contact in more than a decade.

"Sister of North Korean Leader Arrives in South Korea for Highly Symbolic Trip" is from the February 09, 2018 World section of The New York Times. It was written by Choe Sang Hun and narrated by Mike DelGaudio.