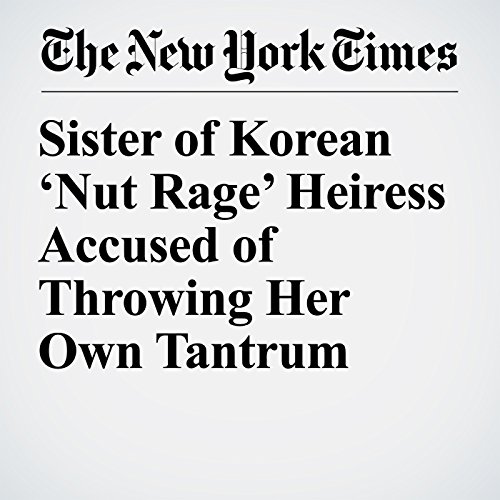 SEOUL, South Korea — Police on Friday began looking into accusations that a sister of Korean Air’s infamous “nut rage” heiress physically abused an advertising executive, insulting him and hurling water in his face during a business meeting.

"Sister of Korean ‘Nut Rage’ Heiress Accused of Throwing Her Own Tantrum" is from the April 13, 2018 World section of The New York Times. It was written by Choe Sang Hun and narrated by Mike DelGaudio.