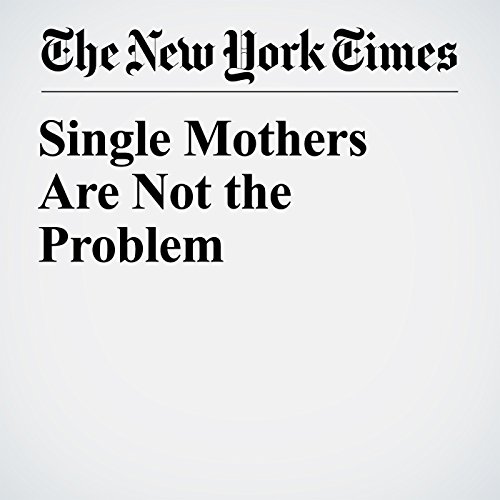 No group is as linked to poverty in the American mind as single mothers. For decades, politicians, journalists and scholars have scrutinized the reasons poor couples fail to use contraception, have children out of wedlock and do not marry.

"Single Mothers Are Not the Problem" is from the February 10, 2018 Opinion section of The New York Times. It was written by David Brady, Ryan M. Finnigan and Sabine Hübgen and narrated by Keith Sellon-Wright.