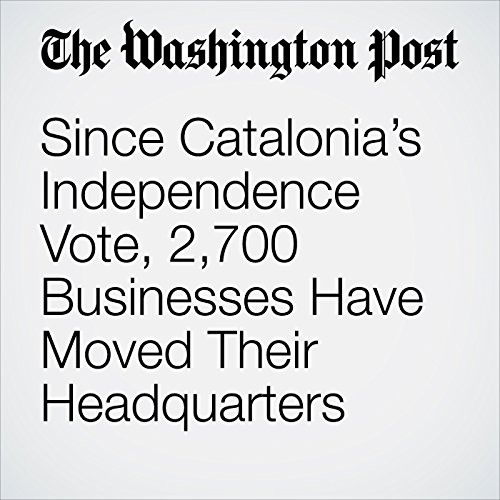 Since Catalonia’s Independence Vote, 2,700 Businesses Have Moved Their Headquarters

Independence was supposed to make the region more prosperous. But the October referendum — and Spain's subsequent takeover — has left businesses nervous. Since the vote, more than 2,700 firms have moved their headquarters from the region, according to Spain's commercial registrar's office, the Agence France-Presse reported. That list includes major banks like Caixabank and Sabadell, along with small and medium firms.

"Since Catalonia’s Independence Vote, 2,700 Businesses Have Moved Their Headquarters" is from the November 30, 2017 World section of The Washington Post. It was written by Amanda Erickson and narrated by Sam Scholl.