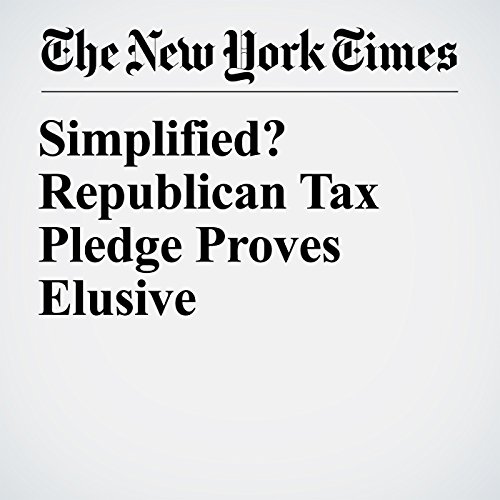 The Republican tax bill does not pass the postcard test.It leaves nearly every large tax break in place. It creates as many new preferences for special interests as it gets rid of. It will keep corporate accountants busy for years to come. And no taxpayer will ever see the postcard-size tax return that President Donald Trump laid a kiss on in November as Republican leaders launched their tax overhaul effort. This was not the grand simplification of the code that Republicans promised when they set out to eliminate tax breaks and cut the number of tax brackets as they lowered rates.

"Simplified? Republican Tax Pledge Proves Elusive" is from the December 16, 2017 U.S. section of The New York Times. It was written by Jim Tankersley and narrated by Kristi Burns.