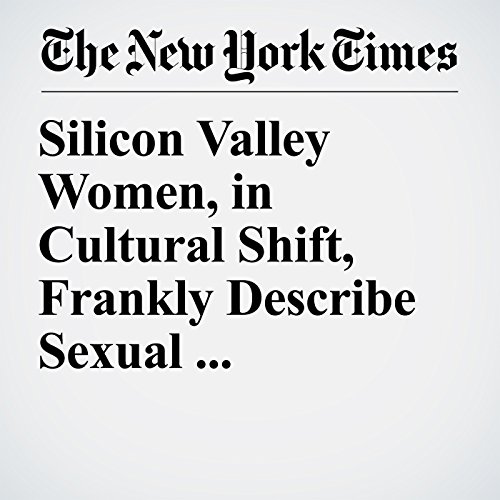 More than two dozen women in the technology startup industry spoke to The Times in recent days about being sexually harassed. Ten of them named the investors involved, often providing corroborating messages and emails, and pointed to high-profile venture capitalists such as Chris Sacca of Lowercase Capital and Dave McClure of 500 Startups, who did not dispute the accounts.

"Silicon Valley Women, in Cultural Shift, Frankly Describe Sexual Harassment" is from the July 01, 2017 Technology section of The New York Times. It was written by Katie Benner and narrated by Kristi Burns.