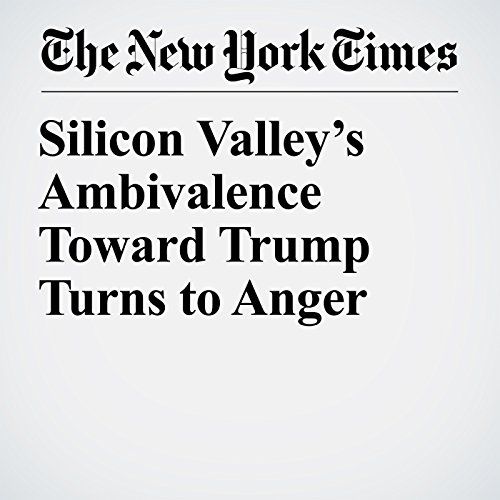 On Friday morning, Silicon Valley was ambivalent about President Donald Trump. The software programmers, marketing experts and chief executives might not have voted for him, but they were hopeful about finding common ground with the new administration.

"Silicon Valley’s Ambivalence Toward Trump Turns to Anger" is from the January 29, 2017 U.S. section of The New York Times. It was written by David Streitfeld, Mike Isaac and Katie Benner and narrated by Keith Sellon-Wright.