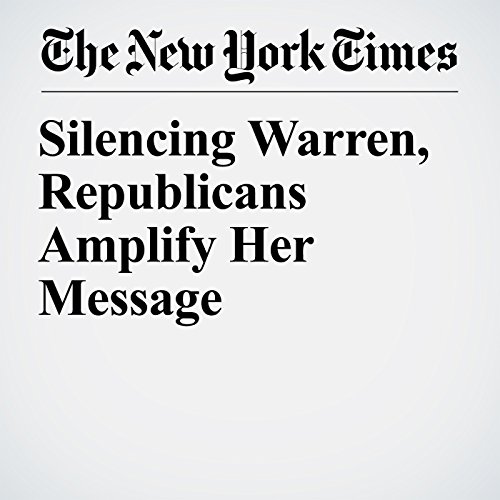 Republicans seized her microphone. And gave her a megaphone.

Silenced on the Senate floor for condemning a peer, Sen. Elizabeth Warren, D-Mass., emerged Wednesday in a coveted role: the avatar of liberal resistance in the age of President Donald Trump.

"Silencing Warren, Republicans Amplify Her Message" is from the February 08, 2017 U.S. section of The New York Times. It was written by Matt Flegenheimer and narrated by Caroline Miller.