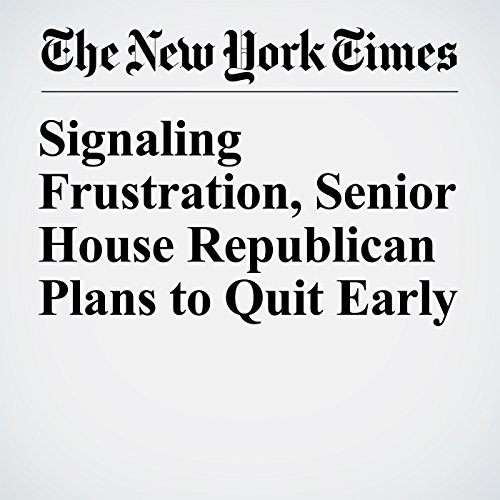 In a sign of mounting frustration among Republicans in Washington, Rep. Pat Tiberi of Ohio, a senior lawmaker with close ties to his party’s leaders, is expected to resign and take up an executive post with a business group in his home state, according to three Republicans briefed on his plans.

"Signaling Frustration, Senior House Republican Plans to Quit Early" is from the October 19, 2017 U.S. section of The New York Times. It was written by Alexander Burns and Jonathan Martin and narrated by Keith Sellon-Wright.