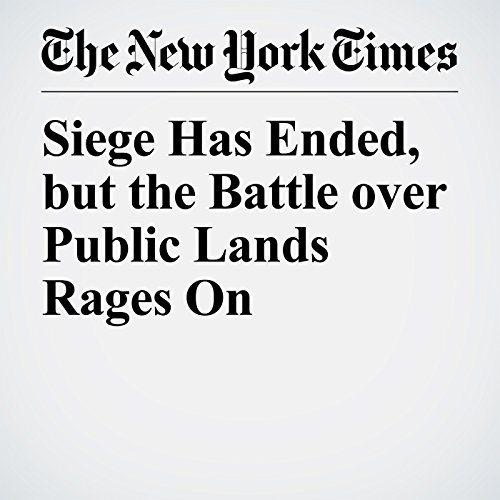 A year ago, this corner of rural Oregon became center stage in the drawn-out drama over public lands when armed militia leaders seized a national wildlife refuge, arguing that the government had too much control over land in the West.

"Siege Has Ended, but the Battle over Public Lands Rages On" is from the April 14, 2017 U.S. section of The New York Times. It was written by Kirk Johnson and narrated by Barbara Benjamin-Creel.

Cosa pensano gli ascoltatori di Siege Has Ended, but the Battle over Public Lands Rages On