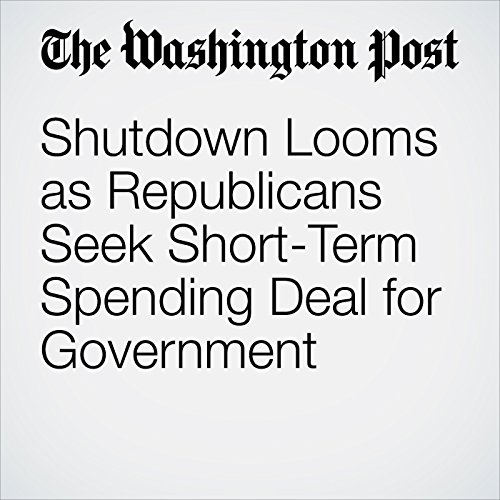 Chances of a government shutdown grew Monday as Republicans concluded that they would be unable to reach a long-term spending accord by the Friday deadline. GOP leaders are now turning to a short-term funding measure in hopes of keeping agencies open while talks continue, but Democratic leaders say they are unlikely to support any deal that does not protect young illegal immigrants.

"Shutdown Looms as Republicans Seek Short-Term Spending Deal for Government" is from the January 16, 2018 Politics section of The Washington Post. It was written by Mike DeBonis, Ed O'Keefe and Sean Sullivan and narrated by Sam Scholl.