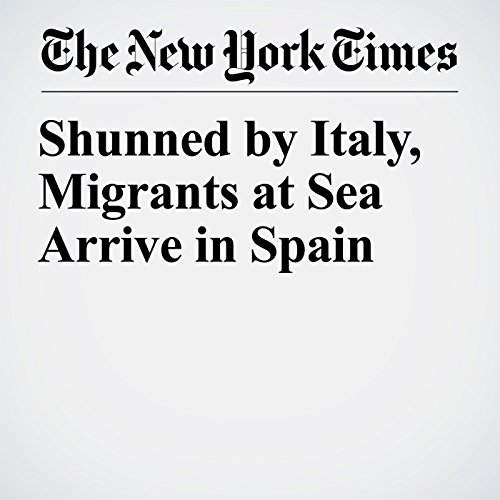 MADRID — More than 600 migrants disembarked from three ships Sunday in the port of Valencia, Spain, more than a week after they had been rescued at sea only to be turned away by Italy and Malta.

"Shunned by Italy, Migrants at Sea Arrive in Spain" is from the June 17, 2018 World section of The New York Times. It was written by Raphael Minder and narrated by Kristi Burns.