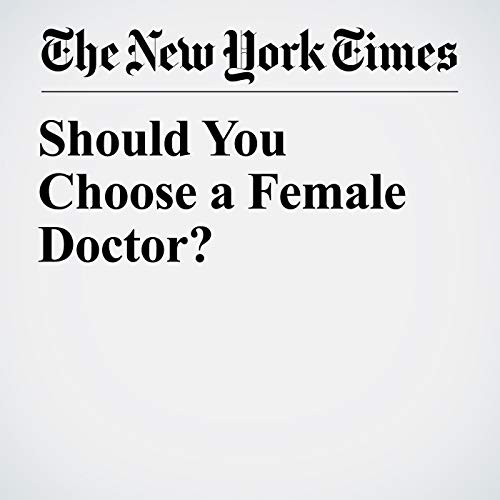 Whether your doctor is a man or woman could be a matter of life or death, a new study suggests. A study of more than 580,000 heart patients admitted over two decades to emergency rooms in Florida found that mortality rates for both women and men were lower when the treating physician was a woman. And women who were treated by male doctors were the least likely to survive.

"Should You Choose a Female Doctor?" is from the August 20, 2018 Science section of The New York Times. It was written by Tara Parker Pope and narrated by Keith Sellon-Wright.