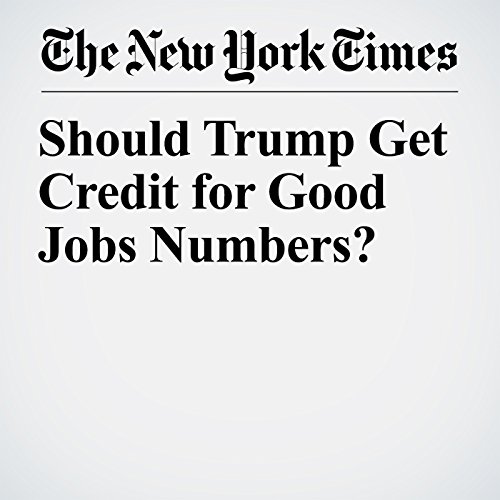 The first monthly jobs report to reflect the state of the economy during the Trump presidency is quite good. There’s not much to dislike about the 235,000 jobs added in February, nor an unemployment rate that ticked down to 4.7 percent, nor an average hourly earnings rise of 0.2 percent.

"Should Trump Get Credit for Good Jobs Numbers?" is from the March 10, 2017 Business section of The New York Times. It was written by Neil Irwin and narrated by Barbara Benjamin-Creel.