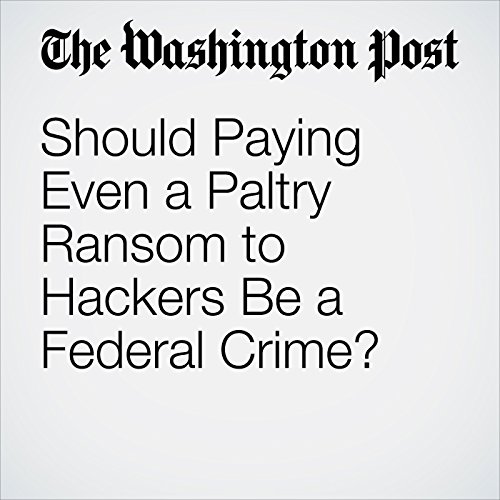 Atlanta is under attack. Hackers have seized control of many of the city’s computers and are demanding a ransom of $51,000 in bitcoin to release them. Police officers are filing reports on paper, residents can’t pay bills and the courts are frozen.

"Should Paying Even a Paltry Ransom to Hackers Be a Federal Crime?" is from the March 30, 2018 Opinion section of The Washington Post. It was written by Megan McArdle and narrated by Jenny Hoops.

Cosa pensano gli ascoltatori di Should Paying Even a Paltry Ransom to Hackers Be a Federal Crime?