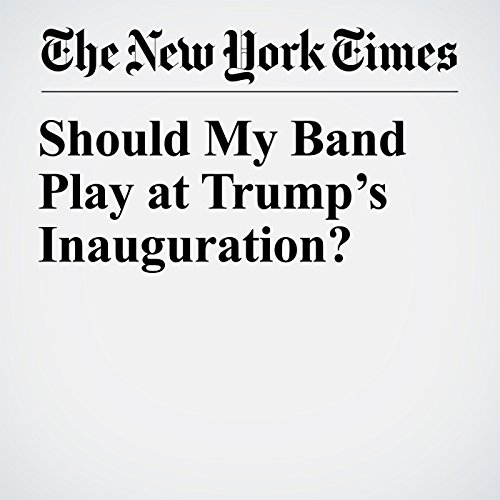 Should My Band Play at Trump’s Inauguration?

I’ve been awaiting the phone call for weeks, ever since the president-elect tweeted that he’s not interested in “so-called A-list celebrities” performing at his inauguration events — this, despite the fact that his team reportedly reached out to Kiss, Elton John, Garth Brooks, Celine Dion, Andrea Bocelli, Kanye West, Rebecca Ferguson and Charlotte Church to perform, and was kissed off by all.

"Should My Band Play at Trump’s Inauguration?" is from the January 19, 2017 Opinion section of The New York Times. It was written by Ron Berler and narrated by Kristi Burns.