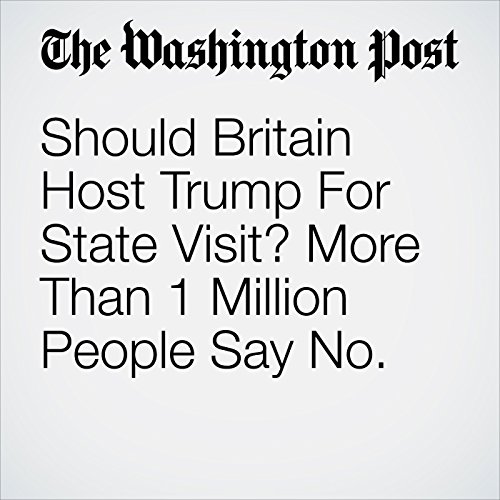 A petition calling on Britain to cancel President Trump’s state visit surged past 1 million signatures Monday, making the appeal the country’s second-biggest grass roots effort and pushing it onto the agenda of the British Parliament.

"Should Britain Host Trump For State Visit? More Than 1 Million People Say No." is from the January 30, 2017 World section of The Washington Post. It was written by Karla Adam and narrated by Sam Scholl.