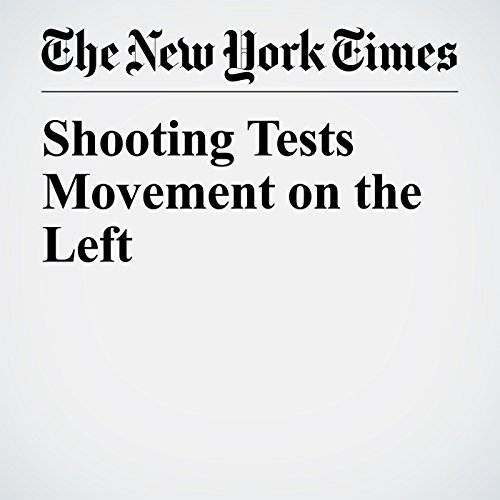 The most ardent supporters of Sen. Bernie Sanders have long been outspoken about their anger toward Republicans — and in some cases toward Democrats. Their idol, the senator from Vermont, has called President Donald Trump a “demagogue” and said recently that he was “perhaps the worst and most dangerous president in the history of our country.”

"Shooting Tests Movement on the Left" is from the June 14, 2017 U.S. section of The New York Times. It was written by Yamiche Alcindor and narrated by Barbara Benjamin-Creel.