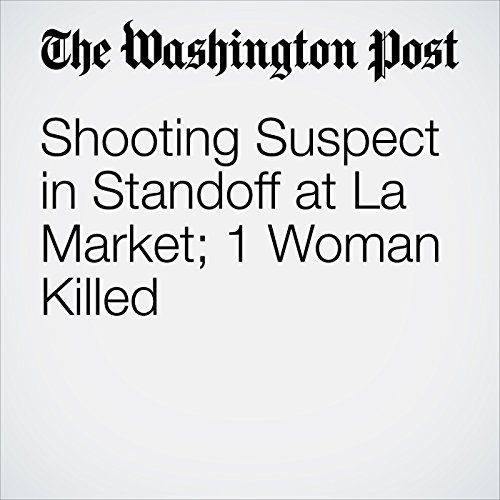 A man shot his grandmother and girlfriend Saturday and then led police on a car chase that ended when he crashed into a pole and ran inside a busy supermarket as bullets from officers shattered the front doors. About three hours after he took hostages in the store, the suspect surrendered.

"Shooting Suspect in Standoff at La Market; 1 Woman Killed" is from the July 21, 2018 National section of The Washington Post. It was written by Christopher Weber and Michael Balsamo and narrated by Sam Scholl.