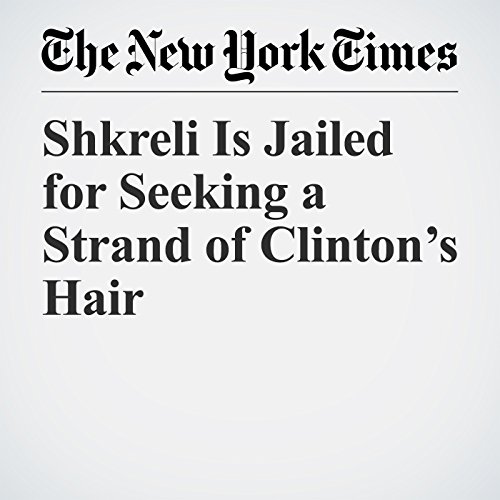 Martin Shkreli, the former pharmaceutical executive who is awaiting sentencing for a fraud conviction, was sent to jail Wednesday after a federal judge revoked his bail because he had offered $5,000 for a strand of Hillary Clinton’s hair.

"Shkreli Is Jailed for Seeking a Strand of Clinton’s Hair" is from the September 13, 2017 U.S. section of The New York Times. It was written by Stephanie Clifford and narrated by Keith Sellon-Wright.