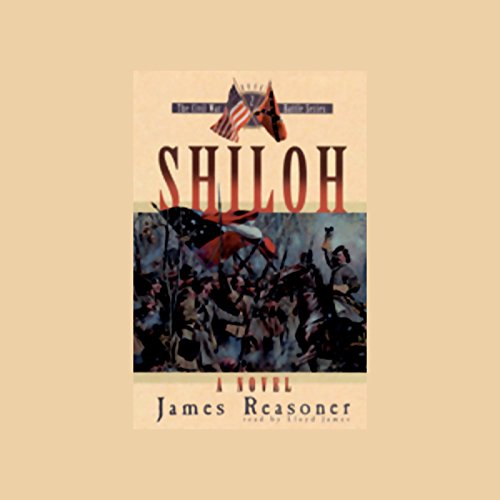 As the Civil War sweeps across the country, it finds the most wayfaring member of the Brannon family of Culpeper County, Virginia, working as a wharf rat at the Mississippi River port of New Madrid, Missouri. Caught up in a bar fight he tried to avoid, Cory Brannon is rescued by Captain Zeke Farrell, of the riverboat Missouri Zephyr, who offers him a job as part of his crew.

The Zephyr makes the journey from New Madrid to New Orleans in late 1861. A year later, the Zephyr reaches Cairo, Illinois, and is greeted by Union gunboats. The war is now on the water, and there is little room for river commerce.

When Cory learns that a Union force under Ulysses S. Grant is advancing toward the forts to claim the area for the North, Cory and his crewmates must choose sides and join in the fight to see which side will control the river.

Only listened in hopes it might develop into a decent story. What a complete disappointment. Narrator struggles.
to read sentences or. doesn't understand. punctuation. . .or both. <--that's how he narrated this bòok.

The story description didn't match.
I tried to finish but stopped as it wasn't worth my time.

When I initially added this to my library I presumed it was a historical account, rather it is a nice story about love, brawling, war, and such. It was very captivating and well done.

This is ancient historical fluff. Annoying fluff at that. Glad it was a freebee as I have hated to go through the hassle of returning it. Listening, just wanted it to end. I stayed with it as I am interested in the Civil War but this surely is NOT The Killer Angels - more like The Insipid Dummies.

All aboard for a race up the civil war mississippi

I can already predict that members of the Brannon family are going to be in the right place at the right time for us to hear first hand accounts of pivotal battles in the civil war and while this is a bit contrived it will be interesting. Still establishing characters but nevertheless you are now drawn into their world and wanting to know how they are going and that they are safe.

I'm totally hooked already and know that I have a long listen ahead of me as there are 10 books in the series. By the end of it I'm confident that I will have a sounder knowledge of life during the civil war and its distinctly possible I might develop a southern accent which will be interesting as I live in Australia! Lloyd James is doing a great job narrating it.

The characters become too contrived to fit the narrative. It starts to feel like Forest Gump, but without the wink and the nod.