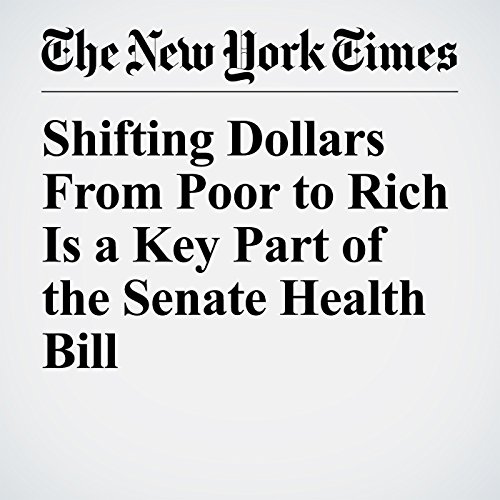 The Affordable Care Act gave health insurance to millions of Americans by shifting resources from the wealthy to the poor and by moving oversight from states to the federal government. The Senate bill introduced Thursday pushes back forcefully on both dimensions.

"Shifting Dollars From Poor to Rich Is a Key Part of the Senate Health Bill" is from the June 22, 2017 U.S. section of The New York Times. It was written by Margot Sanger-Katz and narrated by Keith Sellon-Wright.